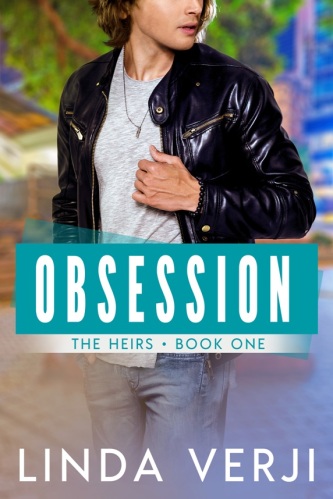 Billionaire Lex Bishop has had a thing for Freddie Latham for so long that he can’t even remember when it started. She’s everything he wants in a woman; gorgeous, generous, warm and she makes him smile every time he sees her. Unfortunately, she’s also his best friend’s little sister a.k.a. seriously off limits. He can’t have her.

That is until heartbreak and drinking together leads to one unforgettable night of passion.

Lex has an empire to run and a friendship to keep… so why can’t he get Freddie off his mind. She’s the one woman he shouldn’t want… so why can’t he forget how right she feels in his bed? Or how much he wants her there, not just for one night but forever?

Being together might be against the rules… but being apart is impossible.

Yes? Freddie’s eyes widened and her jaw dropped. Had Lex Bishop just claimed that she was his type? He was just kidding, right? Or maybe she’d heard wrong.

She shook her head and rubbed her ears to make sure her hearing was still fine before tentatively repeating, “Did you just say I’m your type?”

He stared at her without blinking. “Do I look like I’m kidding?”

No, he didn’t look like he was kidding. His expression was as grave as his tone. She searched his eyes, looking for a glimmer of amusement but there was none. He wasn’t kidding. She was really his type.

Freddie liked to think that she didn’t have too many self-esteem issues. Most of the time, she was okay with how she looked, her personality and how her life was going. But even so, she’d never thought of herself as being the average man’s type. She was more of… an ‘acquired’ taste. Who would’ve thought that she was Lex’s taste?

Suddenly she was curious. Still watching him, she asked, “So if I’d been serious about the one-night stand thing, would you have taken me up on the offer?”

Lex didn’t answer. He just took another sip of his beer.

What did that mean? Yes or no? She needed an answer.

She scooted closer until her shoulders brushed his. Though Lex didn’t move, his whole body stiffened and wariness filled his gaze. Why hadn’t she ever noticed just how pretty his eyes were? Though his eyes were brown like hers, they were a lighter shade of brown, almost light amber in fact. The way the light played in them as he watched her was incredibly fascinating.

And why had she never even tried to touch his hair? The dark strands were long, silky and practically begging to be touched. So she did.

“You have really soft hair.” She smoothed her hand down his hair. Repeating the action, she said, “And it’s so long. Almost as long as m-”

“Don’t!” His hand came over hers on his head and he squeezed her fingers. In a strangled voice he added, “Don’t touch me.”

For some reason, the dark look in his eyes as he spoke sent her heart thumping madly. Breathlessly, she asked, “Why?”

Instead of answering, he dragged her hand away from his head down to her lap. However, he didn’t let go.

He was quiet for a long, tense moment before answering, “It makes me want to touch you too.” 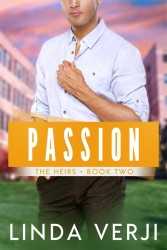 GET YOUR COPY OF OBSESSION