WHAT I’M WATCHING: 7 Non-Romantic K-Dramas To Watch If You’re Over Love

Like most kdrama addicts, I love the romance. However, sometimes you just get tired of all the love. Somebody broke your heart and you’re not trying to see stupid couples on your screen. So while you eat your ice-cream let me introduce you to a few dramas I love that ain’t got romance but have a little (or a lot) paranormal spin to them. Ready?

***The dramas aren’t arranged in any particular order. I have no favorite child. Okay, maybe I do, but I’ll let you choose your own favorite once you’ve watched all of them. You can watch all these dramas on Viki.com and some are on Netflix. Just Google search away. 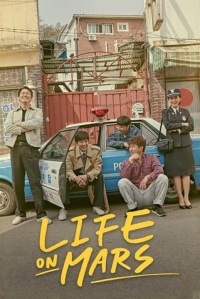 I don’t know how many times I’ve watched LOM, but it’s a lot. This Sci-Fi police procedural drama is a Korean remake of the British TV show by the same name. I don’t like remakes but this one was definitely worth the watch. In my opinion, it elevates the original and is much better.

In a nutshell, Han Tae-Joo (played by Jung Kyung-Ho) is a present investigator. When investigating a serial murder-case, he ends up in an accident. When he wakes up, he’s in 1988 and he’s a detective appointed to work at a police station that is filled with violence, corruption and people who hate him. Worse, there’s a serial killer here too and he might more connected to Tae-Joo than he thought.

The writing, acting, cinematography and directing are top notch. It’s interesting to see how cops did stuff before there was all this profiling, DNA stuff. Investigation is all about hard work and intuition. Of course there’s stuff that makes you cringe too like the sexism and use of violence in interrogations, but it’s a realistic interpretation of how thing worked in the eighties.

When it comes to time-travel, I prefer stories where the leads move to the future or back to the distant-distant past i.e. when feudal wars were still a thing. However, LOM convinced me that going back to the eighties ain’t so bad either. Watch it.

Yo, this is a horror drama so if you’re a scaredy cat just swipe left lol.

Set in Korea’s Joseon period, this Netflix drama depicts the story of Crown Prince Lee Chang (played by Ju Ji-hoon) who stumbles across a life-threatening political conspiracy while investigating the spread of a mysterious plague. Barred from seeing his ill father, the king, by people more powerful than he is, Lee Chang decides to secretly investigate his father’s illness. What he finds shocks him so much that he heads out of the palace to the Southern province of Gyeongsang to search for more answers. And that’s where the zombies come in and things get nasty, nasty, NASTY…

This one will give you some trauma as most zombie movies do, but you’re going to love the ride to your doom. Anyone who’s been around kdramas knows that Ju Ji-hoon is not to be played with. Anything he touches should be watched cause he is that good. I loved the high tension in the drama and how every scenes was so well done.

Some parts may make you slap your forehead because our good guys don’t act fast enough but I promise you, you will love this one (even thought it will give you nightmares).

Right from its opening scene, this one made it clear that it wasn’t going to be a light drama. You’ve got shamans, cursed people, possessed kid, a murder… you’ll know what you’re getting into within its first ten minutes.

In summary, The Cursed is about a teenage girl, Baek So-jin (played by Jung Ji-so), who has the ability to curse people to death by using their names, photos and belongings. Basically, she’s a creepy teen who straddles the line between being good or bad depending on how you treat her. So-Jin meets reporter, Im Jin-hee (played by Uhm Ji-won), who needs a few jackasses in her life cursed. At first Jin-Jee thinks that So-Jin is playing with her and jokingly gives her a name. Things get real when that guy actually dies… and it’s a gruesome death. The kind of death that shocks even cops one of which is Jin-hee’s husband.

But So-Jin’s creepy curses aren’t even the worst thing going around. There are people who have the same power but are even more sinister than her. Their curses are not saved for the bad guys and their handing them out. Now Jin-hee is forced to work with So-jin to stop these people.

I know So-Jin is amoral but I really loved the girl. Everyone who got cursed by her deserved it, I’m sorry. Her acting is also top-notch as is the acting of the other characters.. The story is unique and definitely deserves a season 2. 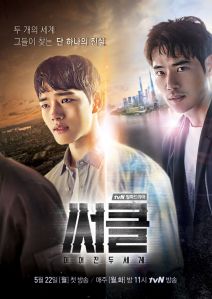 Never thought I’d be out here recommending a series about Advanced Alien Technology, but here we are. To be honest, it took me a minute to actually watch this one because it is so far out of my comfort zone. However, once I got into it, I was in.

Circle is a Sci-Fi series that features two parallel plots centered in 2017 and 2037. In 2007, 11-year-old fraternal twins, Kim Woo-jin and Kim Bum-gyun, and their neuroscientist father witnessed the arrival of Byul, a female humanoid alien. Out of pity and curiosity they took her home and adopted her. By chance, their father discovers that Byul came with an advanced form of tech that can record, lock and convert memories into video. He goes off to study this technology but never returns again. This is where all the drama starts.

This is an underrated drama but it has a fascinating and genius plot. The events may seem a little far-fetched but somehow I can see it happening. Also, the suspense… top notch. It’s unfortunate that it was only twelve episodes because I want more.

Detective Lee Da-il (played by Choi Daniel) is a sharp tenacious detective who displays his abilities only when he is investigating a case that interests him. When his assistant Jung Yeo-wool’s (played by Park Eun-bin) younger sibling dies bizarrely, his curiosity is immediately piqued and he begins to investigate. That’s when unexpected, strange things begin to crawl out of the woodwork. Our good detective soon realizes that he is way in over his head, but now that he’s in, he can’t get out.

This fantasy horror was amazingly written and beyond intriguing. There is a hint of romance but it’s so little that I just tossed it away and focused on the thriller aspects of the drama. It might be a little confusing in parts but the more you watch the drama, you’ll get it. As usual Choi Daniel is hot af even without the glasses.

Memorist is a crime fantasy based on a webtoon of the same name. It follows the adventures of police detective Dong Baek (played by Yoo Seung-ho) who has the power to read people’s memories. Dong Baek is going along his way solving crimes and pissing his fellow cops off when he stumbles on a string of serial murders.

When he begins to investigate the murders, they lead him through an unexpected paranormal rabbit-hole. Here he is trying to unravel what the hell is going on when Detective Han Sun-mi, a straitlaced, smart lady picks up the mystery’s scent too. The only problem is that she suspects Dong Baek of being behind the serial murders. Now he has to convince her that it’s really not him even while trying to prevent more murders.

This one has more twists than you can imagine. If you think you already know who the killer is, I guarantee that you are wrong. You’ll only know for sure in the last episode. The one thing I really hated was how the police let their egos get in the way of the investigation. Yes, Dong Baek is kind of cheating by being able to read minds but that’s no reason to minimize what he says. Still, I loved the drama very, very much.

Twenty years ago, Yoon Hwa-pyung (played by Kim Dong-wook), a young psychic born into a shaman family, crossed paths with the demon, Sohn (English translation is Guest). Sohn is very powerful and can control other demons allowing them to possess weak people. The possessed people go mad, kill their families then stab themselves in the eye and commit suicide. Hwa-pyung’s family ends up having the same fate. To get rid of Sohn from their family, they prepare an exorcism. However, the exorcism goes wrong and it leads to the death of Yoon’s (played by Kim Jae-wook) brother and Gil-young’s (played by Jung Eun-chae) mother. The three (Hwa-pyung, Yoon and Gil-young) meet later in life all of them determined to find Sohn and erase his existence.

I won’t lie to you… this one is quite gory, scary and creepy. It was shot so well that it almost feels like those demons are in the room with you. The shamanism element blended surprisingly well with the Catholic tilt and investigation element. It’s heavy and dark but worth a watch. Still, make sure you watch it during the day. Don’t say I didn’t warn you. 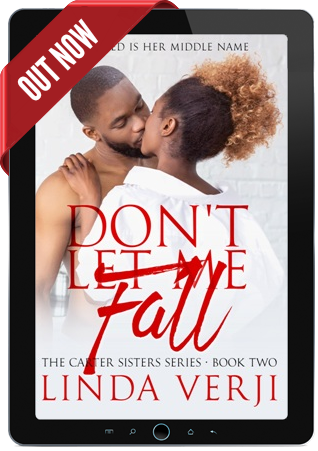