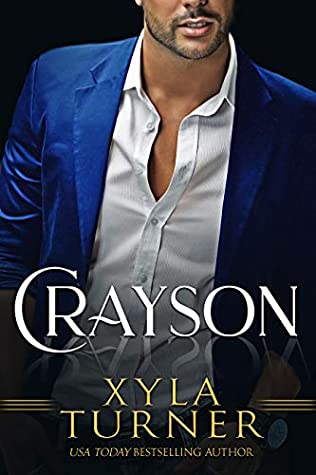 Xyla Turner loves to push the envelope with the themes of her books, and Crayson follows that pattern. Would you fall in love with someone who scarred you so badly that it affected your life trajectory? That’s the question Nikita has to answer when she meets Crayson again.

Nikita and Crayson’s relationship started on a rocky note. Actually, rocky note is an understatement. It started very badly. Years later, she can’t stand him and has walls that are up so high, you’d need a plane to get over them.

Frankly, I didn’t think that the premise would work so well. But Xyla did it again. Plus, Crayson is a swoonworthy, possessive alpha male. Read the book I think you’ll enjoy it.

Crayson and Nikita experience a traumatic event as a police officer and a black woman. It was not good, it went viral and seven years later they deal with the aftermath.

He was looking for atonement and he thought he found it, until seven years later. Nikita lands right in his lap, but she wants NOTHING to do with him. Neither of them believes in coincidences, but will they explore how the event has shaped them or pursue more of who they could be as a unit?