The book that almost didn’t get written.

Well, it got written and is now published. In brief, the book follows the relationship of political consultant, Michael Klein, and his pesky actress neighbor, Gigi. The moment these two kids meet, they clash. I’m talking war and pettiness galore. Enemies? Psh! These two give a new definition to the word. So you can imagine their horror when they find out that they are attracted to each other.

Tell me that you’ve read it. No? Why not? I know you’ll like it, but if you don’t trust me then Go and READ IT for yourself lol. But make sure you read it before you continue reading this article because we’re gonna have some spoilers in here. I don’t want to ruin the book for you.

If you’ve read the book, then here are a few more details that will put the book in context for you.

1: I ALMOST DIDN’T WRITE THIS BOOK

After Obsession (the first book in this series), I got a little down since some people didn’t like the characters. It happens and I don’t begrudge those readers. I mean not everyone will like the same things. Besides that Freddie and Lex were odd ducks… their personalities were not for everyone. But I won’t lie and say that the unfavorable reviews didn’t get me a little down.

For a minute there I thought of just shutting down the series and doing something else. But after thinking about it for a while, I realized that I was focusing on the wrong thing. Though there were some people who just weren’t into the book, there were many more who loved it. Me included. I enjoyed writing Obsession, and couldn’t wait to write the rest of the series. In fact, I was (and still am) so excited that I got covers for the whole series made in advance. That’s how invested I was. It wouldn’t be fair to myself or to readers who are looking forward to the rest of the series to just stop. So I decided to write the book anyway.

I had a lot of fun writing about Michael and Gigi. These two’s Tom and Jerry relationship had me laughing to myself like a crazy person as I wrote. They were fun. I hope you thought so too. Don’t forget to let me know what you thought of them when you leave your review. 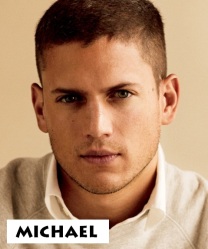 Ah! You’d forgotten that Michael even had a brother, right? Even though he didn’t make an appearance in the book and was only briefly mentioned, Gabriel exists. He’s an architect with a heart of gold. That’s why he’s out in Venezuela trying to build houses. He’s also gay. I know, I know… how radical! But hear me out… I’m trying to make an effort to be more diverse about the characters I write. In future don’t be surprised to see Gabriel back in the States and looking for a relationship. Yes, that means that I will try out MM fiction. Are you ready for it or did you just give me a side-eye? Let me know what you think.

3: WHY GIGI WON’T DUMP HER MOTHER 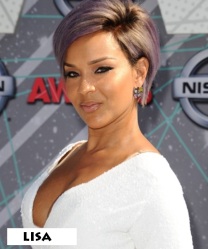 Y’all know this lady called Lisa, right? She is a mess. Can you imagine having a mother like her? Yeesh! But mothers like this exist. Most people in Gigi’s position would cut contact with her and I know some of you were wondering why Gigi still gives her space. Well, she’s family. Think of it this way; Gigi has no father, no sibling and her grandmother (the person who really cared for her) is dead. Lisa is her only blood relation. She might be a devil but she’s the only one Gigi has. I’m not sure that there’s a line that she could cross that would make Gigi cut her off. But who knows… now that Gigi has a new family she may start to realize just how toxic her mother is. I know y’all would’ve liked me to give the two some closures but sometimes in life people just stick with family even if they’re crappy.

4: GIGI’S FATHER IS STILL OUT THERE SOMEWHERE

In the book, I didn’t say much about Gigi’s father. Lisa really doesn’t talk about him because he hasn’t been in either of their lives since Gigi was born. But he exists. I thought of bringing him back in but figured that Gigi already has enough drama with her mother, we don’t need a deadbeat dad stirring that messy pot anymore.

5: MORE OF THE HEIRS WILL GET BOOKS

We’ve still got three heirs without books; Ari, Red and Logan. Yes, I plan to give them happy endings too so please don’t tune out of the series. Y’all know me; once I start a series I work on wrapping it up no matter how long it takes me. But I’ll try to make sure the books get released fast. If you’re not already in my Book Club, join it so that you can get immediate updates once the books are out.

Davida is an interesting character. Her kind of loyalty doesn’t come every day and she’s been friends with Gigi for over ten years. I think she deserves a story. She’s already married and has one kid, but that doesn’t mean that the drama ends just because you’re married. What do you think about a story that explores after-marriage drama?

Yo! I am a fan of Michael Bolton. He’s one of the earliest singers I remember being amazed by. That husky voice… Lord! That husky voice. I confess that I have quite a few of his songs saved up for rainy days, but for this book ‘Murder my Heart’ was my jam. The song is almost a decade old but it still works. I mean, listen to the song for yourself then tell me that you can’t come up with a romance novel for it.

Have you read Passion? Learn more about it.

If you read it, have you reviewed it? Review it HERE

Is there something you really want to know about Passion? Ask away. Drop a comment below this point and I’ll answer it ASAP.

One thought on “Passion: The Untold Stories”